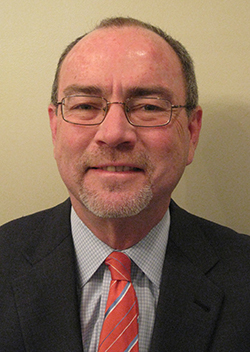 WASHINGTON, D.C. – The American Association of State Highway and Transportation Officials’ Board of Directors today voted to approve Frederick G. “Bud” Wright to be the seventh executive director to lead the nearly 100-year-old organization.

The board, comprised of the chief executive officers of each of the 50 state departments of transportation along with the District of Columbia and Puerto Rico, voted during the AASHTO annual meeting in Pittsburgh to appoint Wright to succeed John Horsley, AASHTO’s executive director since 1999, who is retiring February 1.

“Bud Wright has almost four decades of experience in both the private sector and as a top executive at the Federal Highway Administration,” said Kirk Steudle, AASHTO president and director of the Michigan Department of Transportation. “Wright’s proven leadership in critical areas such as transportation safety, policy and legislation, budget, and financial oversight will be extremely beneficial to AASHTO as it works with our membership and lawmakers to shape the next surface transportation authorization bill.”

Wright, a transportation consultant based in Alexandria, Virginia, has recently worked on a major project examining approaches to performance-based management of the federal-aid highway program. He also has played a significant role in a research effort focused on administrative and institutional issues associated with mileage-based user fees.

“I am excited to have the opportunity to join this great organization and to work with our members, the Congress, the Administration, and other U.S. transportation interests as we address the transportation policy and funding challenges that lie ahead,” said Wright. “We owe the American people the right to travel on and benefit from investment in the world’s best transportation network.”

Wright served as Executive Director of the Federal Highway Administration from 2001 to 2008, assisting the Administrator in establishing policies, programs, and priorities for the $40 billion annual federal-aid highway program. As FHWA’s chief operating officer, he was also responsible for a workforce of more than 2,000 transportation professionals and an annual operating budget of $400 million.

From 2001 to 2002, Wright was the FHWA program manager for safety. Before that, Wright was director of the Office of Budget and Finance, where he worked extensively on the Transportation Equity Act for the 21st Century (TEA-21).

From 1990 to 1992, Wright served as a special assistant to FHWA’s executive director, working on the development of legislative provisions and negotiations with Congress that led to the landmark Intermodal Surface Transportation Efficiency Act of 1991. In 1992, he was appointed division administrator in Nevada, the agency’s first non-engineer to hold such a position.

For the past four years, Wright has served on an ongoing basis as a consultant to Lindsay Transportation Solutions/Barrier Systems, Inc., a leading manufacturer of products used in highway lane management and highway safety. He is currently a member of the American Road & Transportation Builders Association Board of Directors, and he is a co-chair of ARTBA’s MAP-21 Policy Promotion, Implementation & Funding Enhancement Task Force.

Wright holds a B.A. in economics from Virginia Polytechnic Institute and State University in Blacksburg, Virginia.